Hansville is located on the northern tip of the Kitsap Peninsula, affording breathtaking views, an abundance of wildlife viewing, and beautiful beaches.

Point No Point was first sighted by a European settler, and given its English name, during the United States Exploring Expedition of Puget Sound in 1841. Expedition leader Charles Wilkes gave the site its name, because it appears much less of a promontory at close range than it does from a distance. 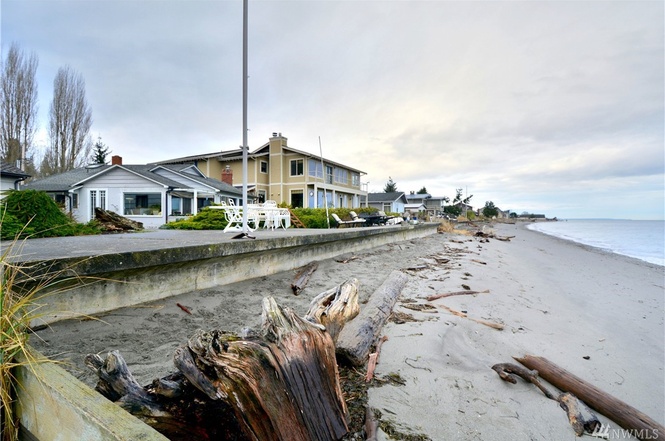 You will find countless waterfront and water view properties along with great neighborhood communities and small local shops.

Not finding what you are looking for? Here are some useful links for more information about the community, plus current and upcoming events.

WOW WHAT A VIEW!! This lovely half acre parcel boost outstanding mountain, canal and breathtaking sunset views. Quiet neighborhood. The property is partially cleared for ...

Every day is a vacation at this fabulous beach front home! With a larger than most 75' of no bank waterfront, this little home is just what you're looking for. The spacio...

This is the first time that this vacant lot has been marketed in 30+ years. The lot is situated across the street from waterfront homes on NE Point No Point Road. The l...

Come build your PNW getaway in this beautiful maritime community! Walk, bike, or cruise directly down to the Driftwood Key Club/Marina and enjoy the community beach acces...

The database information herein is provided from and copyrighted by the Northwest Multiple Listing Service (NWMLS). NWMLS data may not be reproduced or redistributed and is only for people viewing this site. All information provided is deemed reliable but is not guaranteed and should be independently verified. All properties are subject to prior sale or withdrawal. All rights are reserved by copyright.
Like or Share
Loading likes...

Looking to get a little more specific? Find below a list of the different neighborhoods in Hansville and click to see homes only listed in that specific neighborhood. Not the right fit? Contact a Washbern agent and we can help you determine the right area for you.